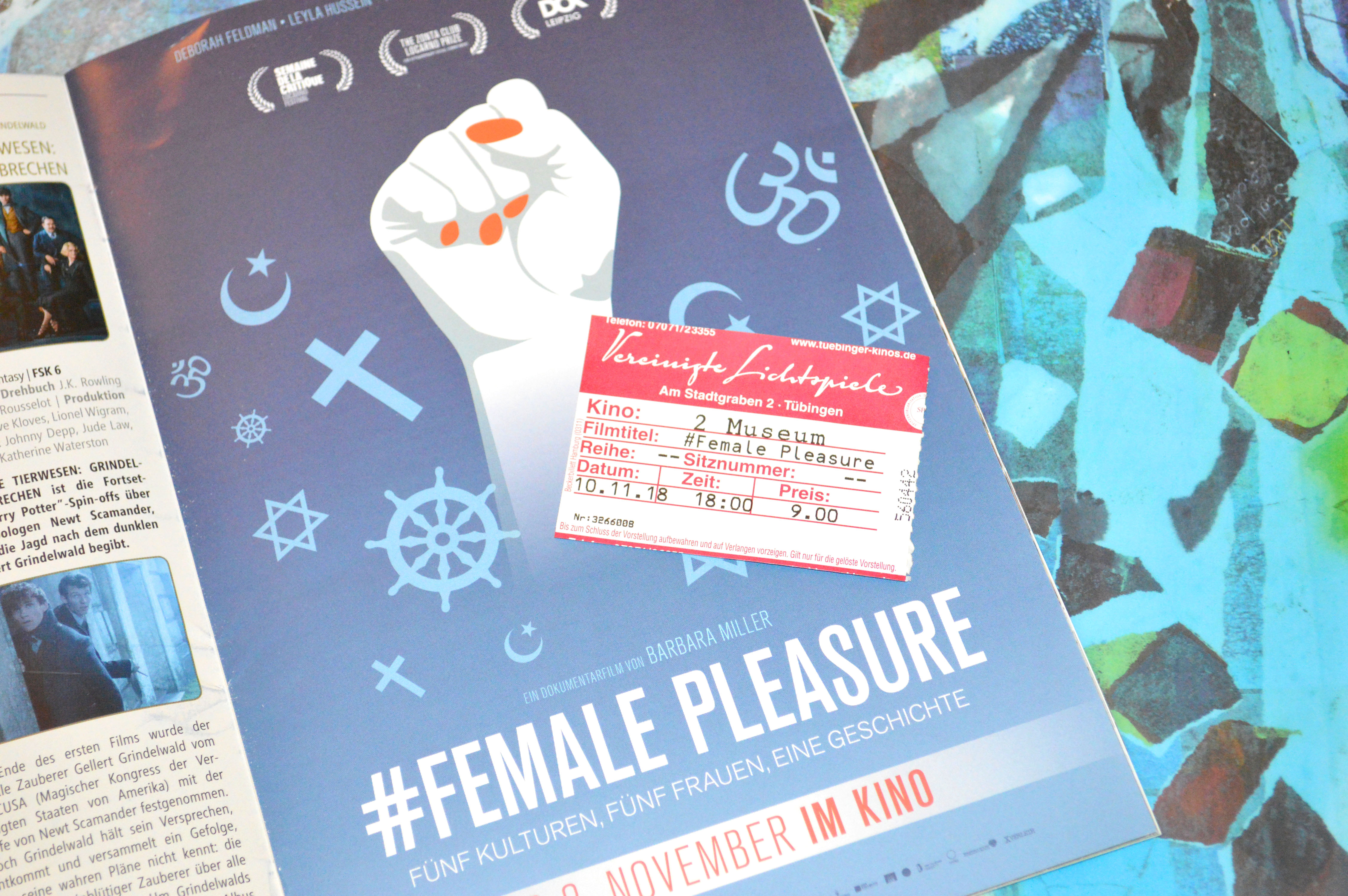 In Europe the movie #Female Pleasure is now in theaters. (Outside of Europe the movie can be bought and streamed online in 6 months. The movie is mostly in English.) I watched it last weekend and it was an overwhelming experience. Reactions of other women to the movie seem to be equally extreme. It’s a powerful movie which truly everyone should watch: women and men.

#Female Pleasure tells the story of five women from different cultures and religions who all experienced the suppression and mutilation of their sexuality. There’s the Indian women who leads the online magazine Love Matters about relationships and sex issues and speaks up against the problem of rape in her country. There’s the Chassidic woman who had to marry and sleep with a man she never met before. There’s the nun who was repeatedly abused by her priest.  There’s the Japanese woman who 3D-printed a canoe in the shape of her vulva and got arrested. And there’s the Somali woman who had to endure FGM (Female Genital Mutilation).

These women are worlds apart from each other but they are connected by enduring terrible things all because of the need of patriarchy to control female sexuality. How is it that female sexuality is so terrifying to some men, authorities and even religious leaders that they commit terrible crimes in order to control it, raping and even cutting of the female genitalia?

#Female Pleasure is not an easy movie to watch. There are intense scenes like the one in which the Somali woman demonstrates on a vulva model made out of clay how FGM works. The group of men she is showing this to are horrified and so is the audience in the movie theater. It’s unbelievable that things like this still exist in the 21st century. It’s time that it stops. All of it. In order to fight violence against women, we first have to educate ourselves and others on the violence that is committed against women worldwide. This is why it’s so important to watch #Female Please and to not close our eyes for the evil in this world.

But #Female Pleasure takes it a step further. The protagonists don’t remain in their role of victims, but they rise from it, speak up, become empowered and therefore empower others. The Indian woman teaches about sexuality and organizes events promoting healthy relationships. The Jewish woman leaves her community and succeeds in keeping custody of her son. The nun leaves the monastery and urges the pope to stop the abuse within the catholic church. The Japanese woman fights in court and in the press for the right to make art dedicated to female genitalia. And the Somali woman raises awareness of FGM worldwide.

Women are not victims. No matter where we grew up, many of us go through terrible things. The power lies in speaking up and demanding the violence to stop. This is why women empowerment networks are so important. I was asked recently what talking about female sexuality has to do with women empowerment. The movie #Female Pleasure reminded me of the connection: To talk about and live your sexuality means owning it and therefore breaking every kind of control someone else might have over your body. It has the power to change societies.